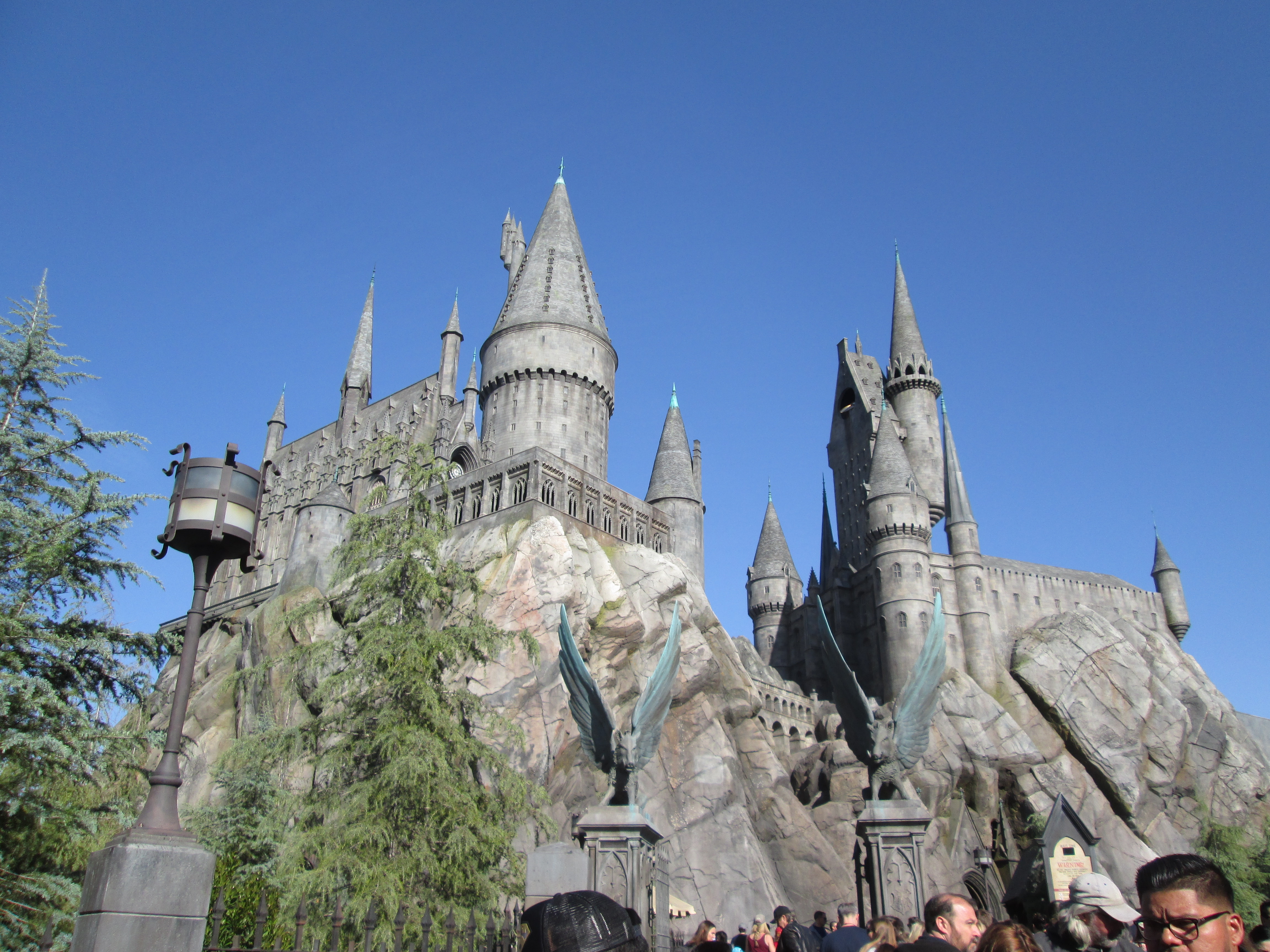 This spring break, our family headed to Universal Studios Hollywood for our first time, and I can comfortably say it will be our last. While we enjoyed ourselves, we found the lines to be too long, and there wasn’t that much to do. The few rides they had were mostly simulators (note: anyone who gets motion sick easily should probably not go. My mom and aunt get nauseous on spinning rides and boats, so they were done with most of the rides pretty quickly. Even the Studio Tour included several 3D simulators that shook us around). Here are some nuggets of wisdom we can pass on after visiting the park. 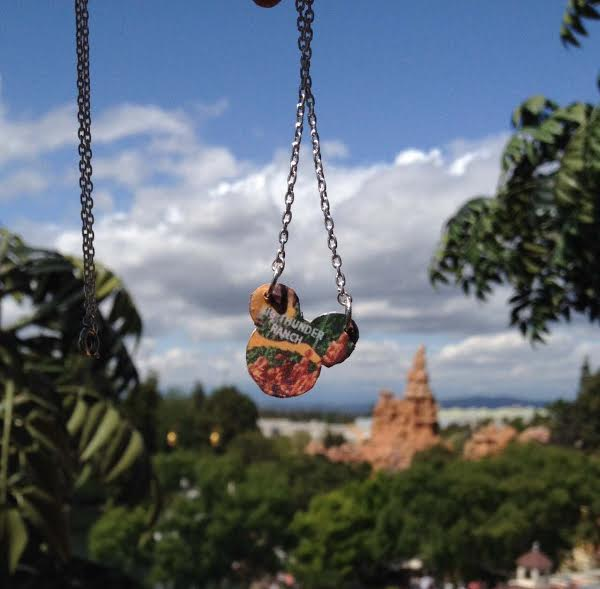 My family is not one to dilly dally when it comes to Disney. Our motto is: structured, organized fun. In our most recent visit, we managed to go on all of the best rides within three hours of arriving at the park. Not only that, but we did not wait in a single line longer than half an hour. Those of you familiar with Disney lines will understand how big of an accomplishment this is, especially for a beautiful day during spring break. To help out other families who are hoping the maximize their day at Disney, here are some tips from my family.

**Note: usually we go to California Adventure and Disneyland – each for one day – but this year we just went to Disneyland. These tips apply for both parks.

Note that the book is a few years old so it’s a bit outdated (Cars Land isn’t in there and it covers the time before the renovation of Buena Vista street and the main entrance). We had fun reading through the scavenger hunt and additional clues to find the Hidden Mickeys. We found the scavenger hunt way too difficult and preferred to just read the hints and look for them (we would have missed everything otherwise!). There’s also a Hidden Mickeys book for Disney World.

Like in the book, I’ll separate these out between actual Hidden Mickeys and mere decorative Mickeys. Unfamiliar with a Hidden Mickey? It’s a representation of Mickey in a place you might not look for it or expect it. Y

Here are a few we saw at Disneyland and California Adventure:

END_OF_DOCUMENT_TOKEN_TO_BE_REPLACED

Disney parks have the most awesome thing since all-inclusive tickets: the FastPass. While parks like Six Flags and Universal Studios charge for these “get to the front of the line” passes, everyone has access to FastPasses at Disney for no extra cost. Read on for using a FastPass at Disneyland. Disney World changed its FastPass system – you can read more about it here.

A FastPass is a timed ticket to get you into a special, faster line during a one hour period. Otherwise you ride “standby” which is Disney lingo for “huge long line.” The FastPass line sometimes get you in immediately, but more likely you have to wait a few minutes (though we’ve never waited more than 15-20 minutes unless the ride was broken down). END_OF_DOCUMENT_TOKEN_TO_BE_REPLACED

I did a lot of reading before heading to Disneyland and California Adventure (and even more for our Disney World trip). Some might say too much reading. But since it was going to be crowded (spring break) and I wanted to maximize our time there (and minimize lines), it was totally worthwhile. Here are some tips you likely won’t read in other Disney guides. This is part of a Disney/Disneyland series. 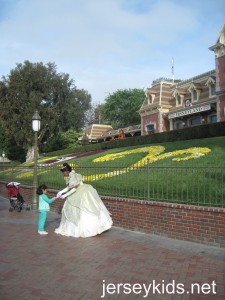 FYI – this is part of a Disneyland/California Adventure series. See the bottom for links to other posts in the series.

Being nice pays off

Twice, being nice to the Disney cast member during a problem (a ticket purchase snafu, and a ride breakdown) caused the cast member to give us an extra “readmission pass” END_OF_DOCUMENT_TOKEN_TO_BE_REPLACED

This trip to a Disney park was the first I made with a smart phone. What a difference! I tested out four apps and review them here for you. If you have an extra phone battery, bring it with you! I had to switch batteries late in the day, and I didn’t use my phone for much more than checking line times. An iPad would be ideal – if you have a data plan. We also had my brother in law save his phone battery by not using it during the day (only leaving it on if the group split up for FastPass retrieval) so he’d have a fresh battery if mine died. If you go that route, turn off the data plan (use airplane mode) to save on battery drain. (This is part of a series on Disney/Disneyland) 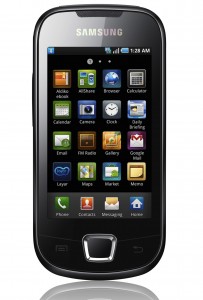 FYI: Disneyland DOES now have official charging station lockers. It’s $2/hour. Here’s the scoop on charging stations at Disney. We didn’t check it out while there, but it’s nice to know it’s available.

It does not appear at present time that Disney World has the same charging systems. Here are some places to charge your phone at Disney World and here.

I’d recommend spending time on the apps before you get there so you know what you’ll need and where you’ll find it and won’t drain your battery looking. There are a lot of tips and good planning information you can find there as well, which can make time in line go faster as you share these with your fellow travelers.

I reviewed these apps specifically for Disneyland, though there is some Disney World information there too.

If you’re not familiar with touringplans.com, it comes from the authors of the Unofficial Guide to Disneyland   (and Unofficial Guide to Walt Disney World). It’s a fabulous book I recommend you buy. They have a touring plan that helps save you time by helping you avoid the lines by going to the attractions in a certain order. I’ve used it – it works.

Pros: You want this app mainly for the Line feature. END_OF_DOCUMENT_TOKEN_TO_BE_REPLACED

On the Pirates ride, we were surprised to play bumper boats as we approached the waterfall with Blackbeard talking. He talked, and talked and talked until we could repeat his conversation by heart. Fortunately after about 10 minutes, we moved on. END_OF_DOCUMENT_TOKEN_TO_BE_REPLACED

I grew up in Arizona and later moved to California. Disneyland has always been my park. After moving to New Jersey I felt I had to check out Disney World – after all, it’s in the same time zone and everyone in New Jersey has been to Disney World! Yet, most of my East Coast friends have NOT been to Disneyland and always ask me what that park is like.

So here’s a primer. (This is part of a Disney series – most posts to come) END_OF_DOCUMENT_TOKEN_TO_BE_REPLACED