This is part of a series about taking the family to Disney World. 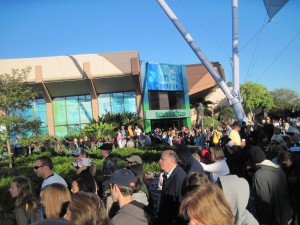 Following advice to get the Soarin’ Fastpass early (then hightail it to other rides), we waited with the crowd by the rope drop, to follow the cast members to the ride. This made us feel like cows being led to slaughter. Or as my husband put it, “this is what Black Friday must be like.” I left the family behind while I martyred myself in the name of a Fastpass.

However, while almost everyone got in line for Soarin’, I got in the much smaller line for Fastpasses (as recommended by the Unofficial Guide to Disney World) and we then went to Test Track. Which had NO line. And then to Mission Space. Which also had NO line. We snagged Fastpasses at Test Track for later. We went back to Soarin’ around 11:30 a.m. to get an additional Fastpass, but they were gone. By 11:30 a.m. on a non-peak day (it was Jersey Week, but…). For a primer on how to maximize your Fastpass use, click here.

We love the Soarin’ ride, since we used to live in California. It brought tears to my eyes. But here’s my pet peeve. At Disneyland it’s called “Soarin’ over California,” and I don’t know why they can’t call it that in Florida too. During the ride you still soar over California, over fabulous locales unique to the Golden State. So call it that! 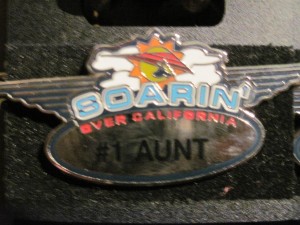 The one glitch that the Unofficial Guide to Disney World in its TouringPlans site didn’t anticipate is that we went during Epcot’s International Food and Wine Festival. We knew about the festival, of course, but this was only a problem because we went on a Saturday (Epcot was supposed to have very low attendance that day, according to Touring Plans). The country portion, where the food festival occurs, was insanely crowded with drunk, obnoxious groups. We felt like intruders in someone else’s party. The food lines were 20 minutes long…for the bite-size tastes, and the bathroom lines? Ugh.

And because of that, I will NEVER go to Times Square on New Year’s Eve. I imagine it isn’t much different. Getting from one country to the next was an exercise in futility and frustration, and the other guests’ behavior was NOT Disney-like. I now understand why Magic Kingdom doesn’t serve alcohol. This was our worst experience by far at Disney World.

We had friends who went on a weekday, also during the festival, and had no problems and a near-empty country area. I was insanely jealous. 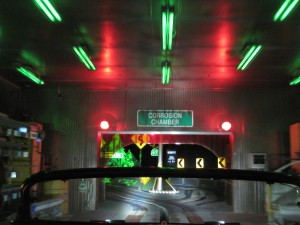 We loved Test Track, which takes you in a car through a faux-car testing facility. I appreciated that it was a unique ride – and not so jerky that it made me ill. We managed to avoid the lines by going first thing in the morning, and just before closing. Plus we had Fastpasses that we never even needed to use. If you don’t mind riding with strangers, go in the single rider line – much shorter – and can still be in line with your companions.

The family also loved Mission Space, where you go on a “shuttle” ride into space. I opted for the tamer version, which did not make me ill (I do tend to get motion sick), and the rest of the family went for the higher speed version. Everyone was happy. You do get nervous, though, with repeat warnings about getting out of line if you might get sick. After exiting, they have some fun video games, a climbing structure for the kids, and you can send video postcards. A great place to spend some time playing. 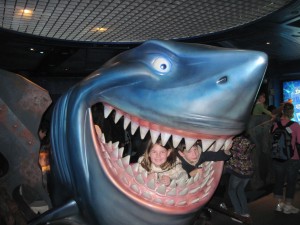 My daughter loves fish and fish tanks, so we went to the Seas with Nemo and Friends. The line for the ride was very dark – not scary, but actually hard to see as we walked through. I was not impressed with the ride, but at the end, they finish at an enormous fish tank with sharks and dolphins. Across the way, there are a number of other fish tanks with fabulous fish, and we stayed for feeding time. You’ll also find Turtle Talk with Crush there. That show was hilarious. The kids ask questions of an animated Crush, who answers in real time while moving about on the screen.

Our other favorite attraction was Kim Possible. You get a cell phone (Kimmunicator) from one of several Kim Possible kiosks near/in the country area and solve mysteries in different Epcot countries, getting clues from the cell phone. When you find certain spots, you activate buttons and something special happens, like lighting up the Eiffel Tower, and making things pop up in lakes or window displays. The kids had a great time figuring out the mystery spots, and it was equally enjoyable for adults. A word of caution: if you stop using cell phone for 15 minutes, you have to go back to the kiosk to get it reactivated. This is a problem if you’re in Epcot during the Food and Wine Festival and it’s so crowded you can’t easily get from one country to the next. If we had more time, we would have done all the adventures on there, but we did get to do three (France, China and England). 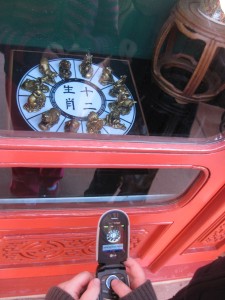 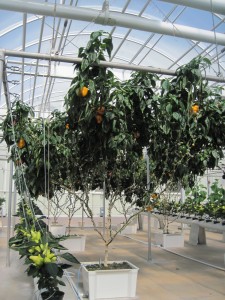 Since the Soarin’ Fastpasses were gone at 11:30 a.m., I snagged ones to Living with the Land – in the same area. We were worried we’d be bored, because we parents were the youngest people on the ride by a good 40 years. And everyone in front of us was getting out of wheelchairs.  The beginning of the ride was not so exciting, but then we went into the greenhouse and saw them growing enormous vegetables and fruits – and growing them in unconventional ways. And stupidly I didn’t take out my camera, to take a picture of the 9 pound lemons. The kids loved this too.

The food court in that building had some good chow, including BEER and a sesame noodle salad with seared tuna. Yummy!

One Reply to “Disney’s EPCOT with Kids”