My kids do a lot of traveling, but they’ve never traveled on the plane alone. Until now. I just booked my daughter on a cross-country flight to stay with her best friend for a week.

If you’re considering sending your child on a flight alone, here’s where to start.

Kayak.com has a list of airline fees, which includes unaccompanied minor fees. You’ll see that the fees vary a lot according to the airline, ranging from $25 on Alaskan Airlines (one way), to United’s $150 fee one way. That’s in addition to the airline ticket. Some charge by the kid, some charge by the family, and some change the rate depending on the flight length. Of course you’ll want to confirm the rates with the airline as well. 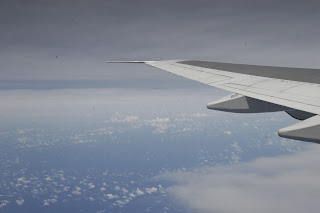 When you start looking into flights you’ll want to ask yourself these questions:

–How old is your child? Most airlines require that your child is at least 5 years old or they’ll have to travel without someone age 15-16 or older accompanying them. Air Canada won’t take a child younger than 8 without an accompanying older child. If your child is 12 or older, you may not have to enroll in the unaccompanied minor program and pay the fee (though you’ll still need to call the airline to get your pick-up person on the list.)

–Does the airline require your child to travel on a nonstop/direct flight?

Some airlines do. And for good reason. There are news stories about airline personnel forgetting to get kids on the right connecting flight.

–Do you know the schedule of the person picking up on the other end? They’ll need to get there early to get through security and meet your child at the gate.

–What do you get for the unaccompanied minor fee? On Virgin (depending on the flight length) your child may get a snack/meal and a free movie. On United, they get a free meal/snack. And all airlines should have personnel will check the ID of the person picking up your child to verify they’re on the list. That’s a waste of money for us for our 12 year old. She knows who is going to pick her up, and I’ll be sending her with food.

UPDATE: I called United to put our friend’s name in the system so she could get a gate pass to pick her up at arrival. Both the reservations agent and supervisor told me they could not guarantee a gate pass, that it’s up to the airport and how busy they are, as to whether the responsible party on the arrival side gets a gate pass. Needless to say it costs United NOTHING to give a gate pass and avoids all kinds of hassles of a minor getting lost at the airport even if they are not officially responsible because of the paid fee. I’m taking this up the ladder now because this is just wrong. Sent a tweet and got this reassuring response from United:

@FriscoKids We’ll issue a gate pass for the person picking up the child. They need ID, and relevant details of the itinerary. ^JJ 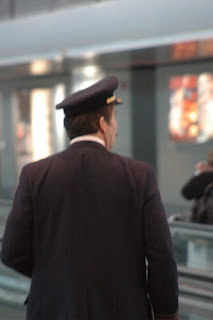 –You won’t want to book your child for a flight late in the day, in case there’s a delay. Find an earlier flight so if you child needs to be rescheduled, it will be easier to do so.

–You’ll need to send your child with enough things to keep busy on the plane. Consider an airline that has built-in television screens on the seats in front if possible.

-Send your child with a credit card or prepaid debit card AND cash. Some airlines are cash-free. If your child wants to purchase a snack, they may need a credit or debit card. Some prepaid debit cards (like the gift cards) require you to know the balance before they can be rung through. That can be difficult for a child to track. Consider putting a sticker/label on the card so they can write down the balance on the card in case they need it, and they can change that when they use it. Or better yet, send your child with a credit card with a low credit limit.

–While you can do your flight research online, you’ll need to book the flight over the phone. Generally speaking, you can’t book your unaccompanied minor’s ticket over the internet. Find the flight you want, then call the airline. One mom I talked to said she found a better deal online, and the airline told her it was okay to book the child online as an adult, and then call the airline to make the change and pay the unaccompanied minor fee over the phone. I asked United about this, and they said they didn’t want me doing this. 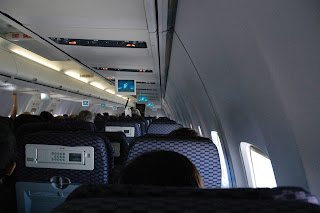 I’ve not yet gone through the process of bringing my child to the airport for her unaccompanied flight, but from what I’ve read, you check them in at the front counter and then you’ll get a gate pass. You’ll wait at the gate until after the plane departs. Some airports may not allow you at the gate, so airline personnel would escort them to the plane. You will not be allowed on-board with your child.

According to Virgin (check with your airline about specifics): “make a note of the child’s flight itinerary, including the destination airport, flight number, scheduled departure and arrival times, and seat. The person meeting the child will need to know the same information and must provide a government-issued photo ID the matches the name indicated on the reservation.”

And before your child gets on the plane, make sure he/she has a list of phone numbers – yours, and the person picking up (home and cell). We were told to send an original and copy of her birth certificate with her. And give a cell phone to your child if possible for emergencies. You’ll need to tell your child what to expect on the flight, and how to get help if needed. Your child needs to be able to ask for help of the flight attendant or a fellow passenger. It doesn’t hurt to find a family traveling on the flight and just ask them to look out for your child if there’s a problem.

Has your child traveled alone? What are your tips?