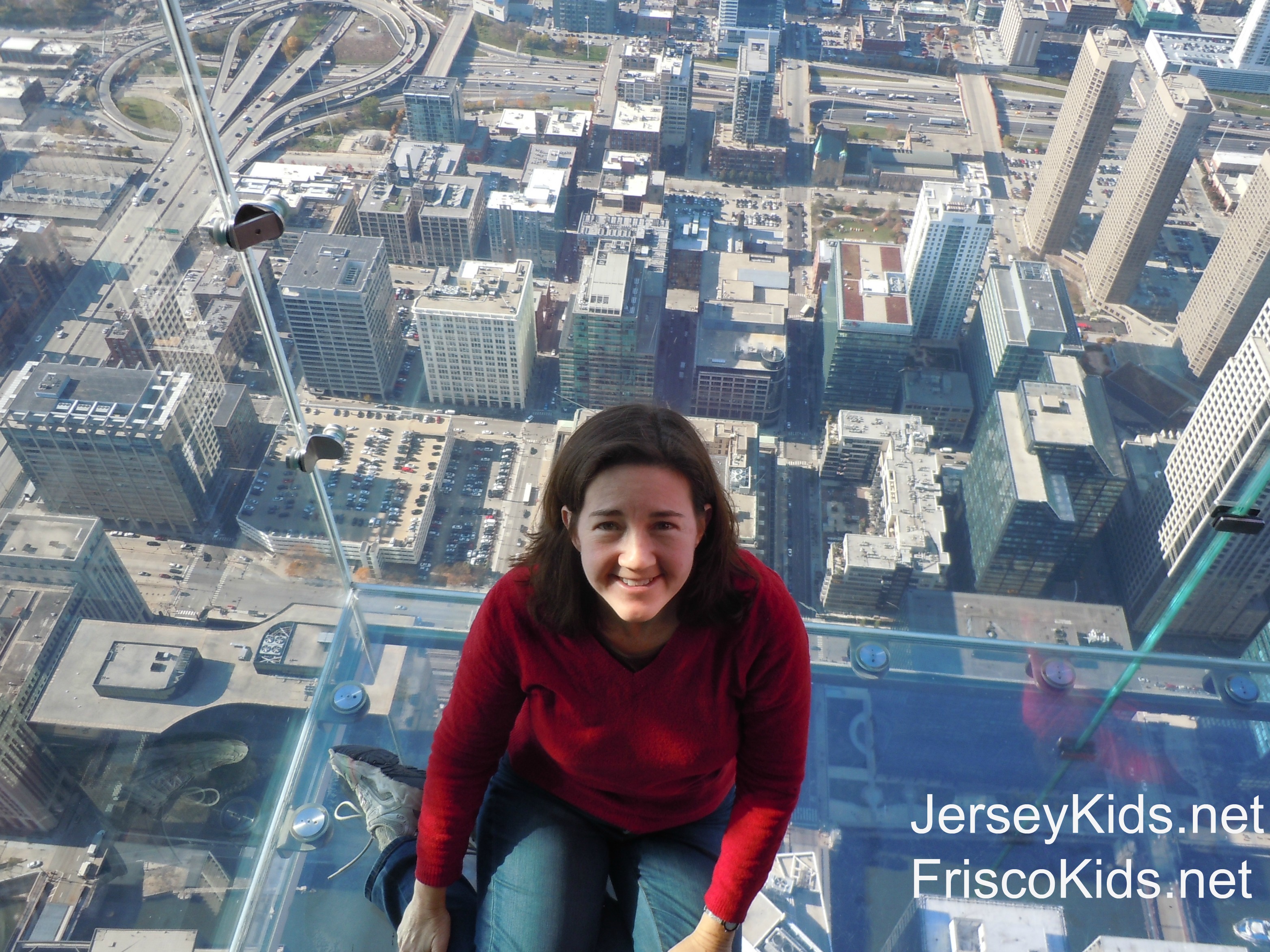 **This is part of our series on Chicago. Also in the series: the Museum of Science and Industry, the Shedd Aquarium, and a review of the downtown Embassy Suites**

I’ve been to Chicago many times, and finally made it to the top of the Willis Tower, the Sky Deck, better known to you probably as the Sears Tower. The view from the 110 floor top is amazing – as you’ll see in my beautiful pictures below! 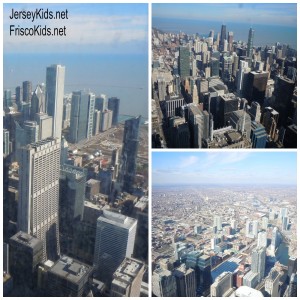 If you plan to go, make sure to read details at the bottom to save yourself some time and hassle. You will be in for a major wait most likely, so minimize that!

After entering the building you’ll go down to the basement to buy your tickets. If you already have a CityPASS or Go Chicago Card (highly recommended – read why later) you will avoid the ticket line and go straight into the theater. 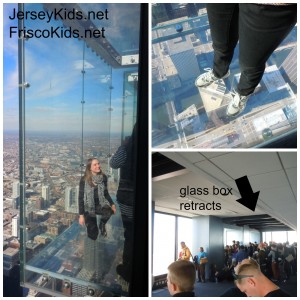 The theater has a short film that I recommend you watch before going up the elevator to the Sky Deck. You’ll learn the history of the 1,450 foot building (the Empire State Building is 1,250, and the new One World Trade Center is 1,776 including its antennae) which has 4.6 million square feet of space inside. It took a year to build the foundation, and then two floors went up per week after that. Some of the floors were built elsewhere and brought over. The building has 104 elevators, 145,000 lights and its own post office. 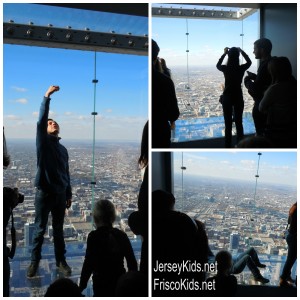 The tower was the tallest building in the world for 22 years, until a Taiwan building took over that spot in 2004. One hundred companies work inside the Willis Tower and the Sky Deck receives a million visitors per year. The building’s name changed in 2009 when Willis became the largest tenant – they got naming rights along with that honor.

The pictures above and below show a few of the four retractable viewing areas they call the Ledge, that are 1,353 feet up. They literally pull back into the building. The viewing areas are very freaky. You queue up in line by one of them, and you can spend some time looking and taking pictures in them. You can even jump up and down. One of the viewing areas has a professional photographer and you can get pictures taken there (printed later). 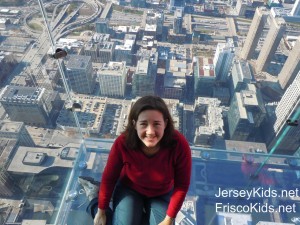 It’s time to go back into the elevator, where you descend at 24 feet per second. The ride takes a minute.

When to go: Plan in advance if you want to go up the Willis Tower. We went on a weekday during November (i.e. not peak time) and still had major lines. Of course weekends will be busiest. Probably best to go first thing in the morning.

Tickets to the Willis Tower Sky Deck: Basic admission is $19.50/adult, $12.50/ages 3-11 (free under that age). You can buy a Fast Pass for $45. The Fast Pass lets you bypass the movie and wait no longer than a few minutes to go up the elevator (though I recommend going to the movie. You don’t have to sit through the movie – you can walk through and leave if you want). You can get tickets to print online or to show on your phone. If you want to go during the day AND the evening, you can get Day/Night tickets for $30/adult, $20/ages 3-11.

Disclosure: We had two CityPASSes for review purposes. All opinions are my own.

CityPASS: We had 2 CityPASS passes, but had an extra person with us. With CityPASS you can go straight into the theater and avoid the ticket line. I wish we had purchased an extra pass, because even though it wasn’t really a crowded day, the line seemed to take forever to buy the one extra ticket. The VIP entrance is something to consider when looking at a CityPASS. It comes in handy here, and it definitely came in handy at the Shedd Aquarium.

This is the ticket purchase line, and you have to pose for a green screen photo as well. If you already have tickets or a CityPASS, you will avoid this line and won’t be forced to pose for the photo.