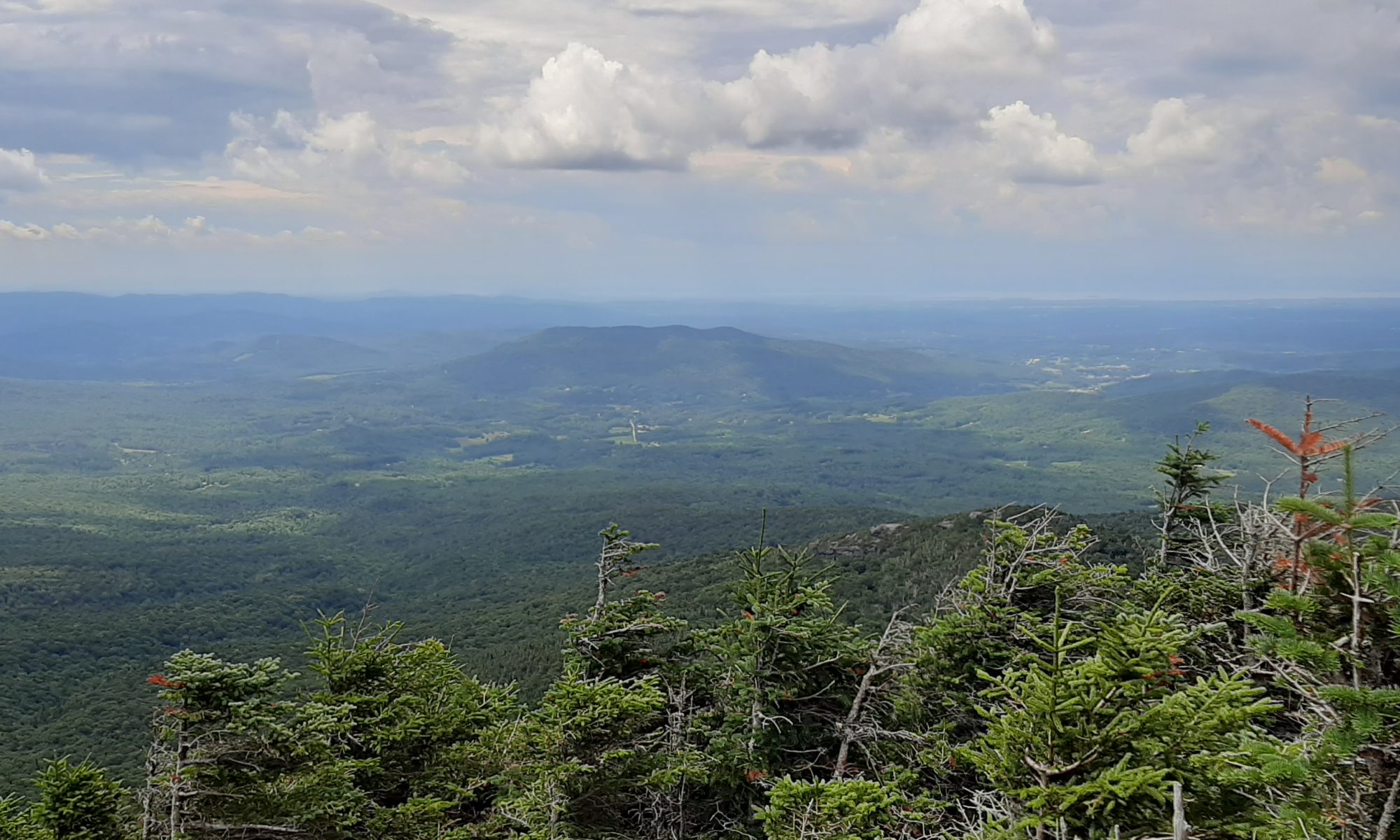 Like many, we cancelled trips during the pandemic. As a family that travels a lot, this was hard, but necessary. Aside from a camping trip where it was easy to avoid other people, we decided to take our first pandemic trip, after a lot of planning and forethought. We chose a pandemic visit to Burlington Vermont, though the location was subject to change up to a few days before, as we awaited infection numbers for our county. Vermont requires infection rates to be below 400 per million for your county (for specific Northeastern/mid-Atlantic states), to avoid a mandatory 14-day quarantine in Vermont (or other specific rules). Given that we were only going for 3 nights, it didn’t make sense to go unless our county was in the clear, and we had a back-up plan in New Jersey just in case. See the bottom of the post for our COVID-19 trip preparations.

When we checked in to the Hotel Vermont, we had to turn in a certificate of compliance agreeing (among other things) that we did not have specific related symptoms, and came from a county with lower-than-the-infection-rate cut-off. We had to wear a mask in all public areas of the hotel. Though we brought our own, they had disposable ones available near the registration desk. They had a barrier at the registration desk and all staff wore masks. The bar and outdoor restaurant were only used by the hotel guests and the indoor restaurant was closed. They had hand sanitizer available by each elevator well and in other public areas. They only allow one traveling unit (family, couple, people traveling together) to ride in the elevator together. People abided by this.

Though we did not want housekeeping due to the pandemic, the hotel’s current version of housekeeping is to leave requested items outside the door. They left a note in the room saying that all linens and towels had been handled by staff wearing masks and gloves. They removed extraneous items from the room (magazines, unnecessary décor). They provided disposable cups and the information sheet had a QR code to download local travel information.

While Vermont does allow indoor dining, we only ate outside, and fortunately there were plenty of options (including some spaces that were technically inside, but had large enough doors/windows that there was plenty of fresh air exchange. Like at Citizen Cider, where we literally sat inside at a table next to an open door the size of an industrial garage door. Or at August First bakery, where the windows and doors were so open, that it was like sitting outdoors.

Burlington has a lot of small breweries with tasting rooms. Again, these were outdoors and fortunately we had great weather. They are not selling flights at this time, which is a bummer, but understandable. Food at some of the tasting rooms and restaurants (like August First and Citizen Cider) is served in individual takeout containers even if you’re eating there. Some places we needed reservations as they had decreased capacity and were popular. That precluded us from visiting Foam Brewers, even though we stopped by twice. But for some reason, Switchback Brewery had a beautiful empty outdoor seating area when we went. Also, due to the pandemic, the stores and tasting rooms closed early, some by 6:00 or 9:00 pm, so plan your tastings (and shopping). We got to Foam Brewers at 8:30 before a 9:00 closing, figuring we’d have one beer. They weren’t allowed to seat new patrons after 8:00. The distillery tasting closed at 6 pm the day we went, though we were in and out in 15 minutes, with a much lighter wallet.

Here’s what we did in Burlington, VT.

Plenty of hiking – we found hikes on the Hotel Vermont site, and went with the Mt. Mansfield hike, about 6 miles round trip. It was really hard and I could barely walk the next day – let alone get down the mountain without being super careful of each step. But the views were beautiful. And in the alpine area, we found wild blueberries! It’s the highest mountain in the state. And people hiking wore or carried masks – and put them on when we passed.

There’s a bike path along the waterfront (partly) and it branches off to the University of Vermont. We rode on the flat part – about 19 miles roundtrip – from the Main Street area to the Colchester Causeway. And then we got maple creemees (soft serve) back at the Main Street area. The hotel has free bike use for guests (2 hours) – but we brought our own.

We rented stand-up paddleboards at Oakledge Park(also on the bike path) for 90 minutes, which was plenty of time. The water is calm there and you don’t need lessons to do this. I did see the rental guy cleaning them off with a solution when we brought them back, and he was good with the social distancing. You can leave your things by the rental truck or in your car. The swimming area was crowded but when you’re in the water it’s easy enough to paddle to your own area to avoid people. The park had a grilled cheese food truck and a gourmet ice cream truck. Parking is $2/hour – payable at a meter. They had restrooms for showering and changing. And if you drive, the world’s tallest filing cabinet – and Switchback Brewery – are on the way.

You can swim at Oakledge Park and the water was really nice. But you’d miss out if you don’t visit at least one of Vermont’s natural swimming holes. We went to two on our way home. The first was East Middlebury Gorge, a very short walk down to the water from our car. And bonus – we got to drive by Middlebury College. The water was really cold – but once we got adjusted, very refreshing. Hardly anyone there.

The second was the West Rutland marble quarry. I admit it seemed like an odd entrance off the road-side, marked with spray painted rocks that said “no shooting.” The path was littered with small pieces of glass from broken beer bottles – which maybe had been broken by shooting them? Clearly we did not discover this place, and it seems like it would be a great hangout out for locals on the weekend. But there were only 2 other people there – a bit further up blasting their music. The water was warmer than the first swimming spot and getting in and out was easy with a wood ladder leading into the water – about a 30 second walk further than the picture below. We didn’t explore much – a quick dip in the water and then we headed home.

Lots of microbreweries – and the first cider tasting place I’ve ever seen – with more than a dozen flavors. In addition to Citizen Cider, we made it to Switchback Brewery (with its lovely butterfly garden), Zero Gravity and Queen City Brewery. And also Smuggler’s Notch Distillery & Vermont Distillers Tasting Room, where got some local spirits including a maple cream, much like Irish cream. And we bought the limoncello.

We walked around Burlington a lot, and drove by the UVM campus as well. New state law is for everyone to wear masks outdoors if they can’t socially distance. We saw plenty of masks at the Church Street Marketplace, a traffic-free street with stores and restaurants. People were good about wearing masks (except the groups of teens) – even on the streets – and even while hiking and biking. Not everyone hiking/biking had a mask on at all times but some did. When we were doing a hike up Mt. Mansfield, a difficult and steep hike, people either put on masks when passing others, or moved aside to let you pass.

Don’t miss sunset at the water – there’s a waterfront park with great views.

Due to the pandemic, there Vermont factory tours I’d normally do were cancelled, like at Lake Champlain Chocolates, Vermont Teddy Bear (you can schedule a private tour), and Ben & Jerry’s. You can still go to buy, though.

I was interested in going to the Shelburne Museum, but they are only open Thursday through Sundays and require advanced tickets, sold out through September.

A few other thoughts about Burlington

I would tell foreigners visiting the U.S. to drive through Vermont. What a gorgeous state! Tons of wildflowers. Picturesque farms and rolling hills. And friendly people.

We felt safe on our trip to Vermont given all the precautions we took and how Vermont handled it. We were grateful for good weather, making it easy to spend all our time outdoors, and we were happy to not only get away for a few days, but to help businesses that likely had lost out to some of their spring and summer tourist season. We can’t wait to go back to Vermont.

2 Replies to “A pandemic visit to Burlington, Vermont”