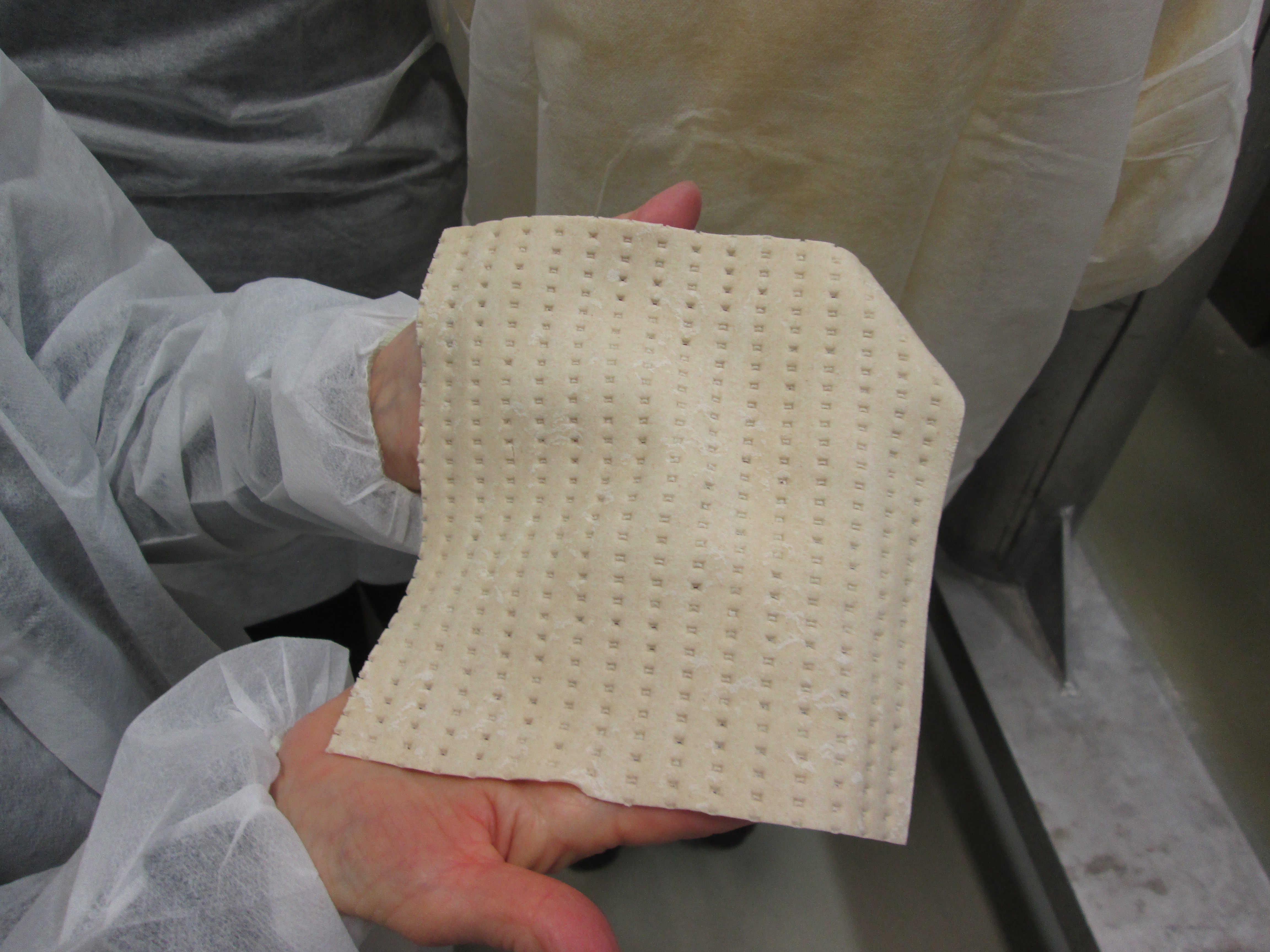 If you grew up in the New Jersey area, you may have taken an Manischewitz factory tour through religious school, in Jersey City. That factory closed, and the new global headquarters and manufacturing plant is now in Newark. It opened in the fall 2016, and you can book group tours there. I love factory tours, and even more so when it’s the actual factory, and not a fake one (I’m talking to you, Hershey’s).

**UPDATE – it appears this Manischewitz Newark factory is closing. We’ll update the post if we get additional tour information.**

In this tour, you walk through a lot of the 186,000 square feet of the factory. What you’ll see being produced depends on the day, as they make more than 400 products. Does that include Manischewitz wine? It does not! That’s produced by Constellation Brands up in Naples, New York and you can tour there too. Did you know that Manischewitz wine (but not the Passover version) uses corn syrup as its sweetener? Yeah, once I learned that I stopped drinking it. Yuck! The label isn’t owned by the same Manischewitz owners of the Newark brands.

A little history. Manischewitz was started by Rabbi Dov Behr Manischewitz in Cinicinnati in 1888. Fast forward to 2008 – the brand (which hadn’t been in the Manischewitz family for awhile) was purchased by two Moroccan Jews with MBAs. You can read more at NJ Monthly – a great article about the company.

“Passover is like our Superbowl,” said Mike Schrob, our tour guide and the company’s director of planning and logistics. NJ Monthly said about 40% of the yearly sales is from Passover products. You might think that’s from matzah. Nope. If you’ve seen how it’s given away at ShopRite in 5 pound packages, maybe that’s why. Mike said they make much more money on the matzah meal. Yes, those cannisters of matzah flour that you use in your cakes, your matzah balls, as a binder in potato latkes (at least during Passover)…that’s the money maker.

The factory was making matzah meal while we were there. But it all starts with matzah. So if we didn’t know any better, we’d think that’s  where it ended. The differences:

-we saw (and heard) the matzah meal crusher in a separate area, which was super loud. And the pipes leading into the room carried the matzah, which was already partly crushed.

Matzah by the numbers

During Passover production (which starts around Labor Day), the factory receives 8-10 truckloads of flour per week. Each truck holds 54,000 pounds of flour. It goes into a silo and then is pumped into the factory. The flour is supervised by the OU mashgiach (kosher supervisor) from the picking in the wheat fields, to the mill, to the transport of the flour to the silo at the factory.

In my other life, I write about supply chain management, and interviewed an OU kosher supervisor. You might find that article with the OU interview interesting – it had a lot to do with what happens at the Manischewitz factory.

The Passover matzah production uses three mashgiach – in the mixing room, before the matzah goes into the oven, and when it comes out.

The mixing room has two mixers. They make small batches of matzah (Artisinal! Ha ha) – with around 75 pounds of dough per batch. Why so small? In order to be kosher for Passover, no more than 18 minutes can elapse between the flour and water touching, and matzah finishing its baking process. Every 12 batches of dough, the mixer is swapped out and cleaned.

From there, the matzah makes its way down a chute and into rollers, where it comes out in thick sheets.

The matzah then goes through a series of rollers, getting thinner and thinner. In the last few stages before it goes into the oven, it’s cut into squares, with holes poked in it for the baking. It’s also supervised at this point by another mashgiach, who pulls any pieces that aren’t perfect.

Any matzah dough, including the baked parts that are pulled for quality issues, are used as animal feed. On the tour you’ll pass by buckets with the scraps.

It then heads into the oven room. I couldn’t believe how long this oven was! The room was specially designed for the oven, with vents on top and fire extinguishers on the wall. If they lose power, the matzah will burn up in the oven, and the oven top will pop open, with the vents taking all the smoke out.

The oven extends a bit further than what you see here. If I heard correctly, the matzah makes it through the oven in about 2 minutes. There are three baking zones. The first two bake the matzah, and the last one provides the browning. Each baked product on this line has a different profile, meaning different bake times and temperatures. Since this was for matzah meal, the browning wasn’t going to be as strong. They also make Tam Tams here, using a different cutting die. They make all kinds of matzah here as well.

Mike opened one of the oven doors so we could see the matzah traveling through the enormous oven.

The third mashgiach is inspecting the matzah as it comes out of the oven. We got to try some fresh from the oven. It tasted like hot matzah. The mashgiach occasionally pulled some off the conveyor belt and tossed it into a bin, which would go for animal feed. It wasn’t perfect matzah.

The matzah traveled up and around, cooling before possible packaging.

We didn’t get to see the actual packaging during our tour, as this matzah was being sent over to the crusher for matzah meal. The matzah bumped down a conveyor belt very quickly, looking a bit like an Ethel and Lucy episode. You can see the video on Instagram.

We did see a lot of library carts. These carts are the perfect size to hold matzah sealed in plastic, if the factory workers can’t box it up fast enough.

Mike gave us some boxes of matzah made the previous night, from this stack. In the warehouse we saw pallets of matzah heading to Costcos around the country. By the way, this matzah will last 2-2.5 years if unopened, according to the Manischewitz website. so I totally don’t need to buy any this year. We still have leftover from last year.

They bake matzah about 10 months of the year. As I said earlier, they start Passover matzah around Labor Day. Before that, they make matzah that can be used “daily” – like matzah with salt in it, which isn’t kosher for Passover.

When they switch over to Passover matzah, they have to do a thorough cleaning of all the machinery. They also do this cleaning when making gluten-free matzah (yes, that exists). And while the factory runs most of the night, they do have to shut it down for two hours every day to clean everything, per the OU kosher requirements.

The next post will cover the rest of the factory – the other 380 products! Read part 2 of the Manischewitz factory tour here.