My son is a huge Pokemon fan and he’s been raving about the music for a long time. I haven’t paid much attention, to be honest. But when I saw an ad for Pokemon Symphonic Evolutions, my curiosity was piqued. It took a bunch of research to figure out what the concert was and how it worked. Basically, it’s a full symphony playing arrangements from the actual Pokemon video games, with large screens showing parts of the game at the same time – it’s timed to the music. You see the evolution of Pokemon games as the concert progresses. 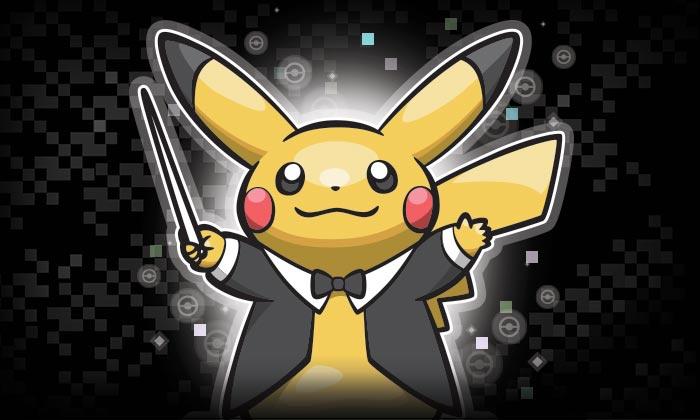 This is the second international tour they’re doing – the first was a huge success based on what I read online.

I was a bit nervous to go since I’m not a Pokemon fan. My son has been playing the video game and later the card game for years, but I’ve never been interested in learning much about it. My son gave me a primer before the concert, which was helpful. Here’s a good parents’ guide to Pokemon.

The conductor and orchestrator is Susie Benchasil Seiter, a woman who looks like she’s no older than most of the fans. She is traveling the country for the tour, working with different orchestras in each city. In New York, we heard the orchestra of St. Luke’s, who were wonderful. Seiter conducts and orchestrates for live symphonies as well as for video games, movies and television shows. What a cool job!

Before the concert started, the screens showed silhouettes of Pokemon characters and you could guess what they were. Everyone shouted out the answer. In the meantime, you could see plenty of DS games being played before the packed show started.

Each song title was listed as the song began, with the game (evolution?) that it came from. On almost every song there were cheers and signs of recognition. My son kept leaning over to explain to me what was going on with the Pokemon game/battles on the screen. Sometimes they showed close-ups of the musicians as well, and used rich lighting on them. “It never occurred to me that there’s an orchestra behind the game,” my son said. It was great to see a piano and harp on stage, with some piano solos.

Some of the songs played were:

Red, Blue & Yellow: Pallet Town, Prepare for Trouble, Born to be a Champion

Black and White: The Day I Became King, N-Counter, Farewell

You could see the progression of graphics as the concert went on, with the graphics getting much higher quality.

As someone who is not a Pokemon fan, I LOVED the music. It was exciting and moving and beautiful. Though the Pokemon battles were still foreign to me and I felt like an outsider not knowing any of the songs (every other person there made audible noises when each song was announced), I had a great time. While my son felt I did him a huge favor taking him to the concert, I can honestly say that I enjoyed it myself.

Length: our concert (plus intermission) lasted 2 hours and 10 minutes. Intermission was about 25 minutes. After the concert, they do two encore songs (sorry if I ruined the surprise!). Both use a vocalist, and you can sing along to the Pokemon theme and another song. Everyone who knew the song (everyone but me, basically) sang along. The second is done karaoke style (words on the screen) but I didn’t hear anyone singing that one, except the vocalist.

Autographs: If you want to buy a small, $20 poster (see above), you have it autographed by Seiter and some others who put on the show. We didn’t stay for autographs because we had a train to catch, so I can’t comment on that experience.

Tickets: tickets for our show ranged from $51-151. The expensive tickets in the front weren’t sold out, but everything else was.

VIP Tickets: With your VIP ticket, you get a laminated VIP Pokemon Symphonic Evolutions hologram card attached to a neck lanyard (above), and a $20 poster.

Disclosure: We received review tickets to the concert. All opinions are my own.